Ken Block is an American rally and rallycross driver, co-founder of the brand DC Shoes and multiple medalist at the X-Games. Block and his wife Lucy Block 3 children. Among his closest friends, among other Rob Dyrdek and Travis Pastrana.

Block, the very successful runs in the Rally America series since 2005, came by Travis Pastrana for rallying and was in his first season Rookie of the Year. From 2005 to 2009 he raced in the Rally America for the Subaru Rally Team USA in a Subaru Impreza. Since 2007, Ken Block also launched in some WRC rallies. However great success he has been able to achieve only in the Rally America. Ken Block's rally cars are always foiled consuming.

Damon Way and Ken Block founded DC Shoes in 1993 in California. Since then, the company specializes in the manufacture of footwear, clothing and accessories in the fields of skateboarding, snowboarding, BMX, and motorcycle. 2004 brand was acquired by Quiksilver.

Ken Block is a sought-after advertising testimonial. His sponsors include among others Brands such as Monster Energy Drink, Ford, DC Shoes, Pirelli, Dirt, Spy, Hoonigan, GoPro, Shining Monkey and Snap-on. 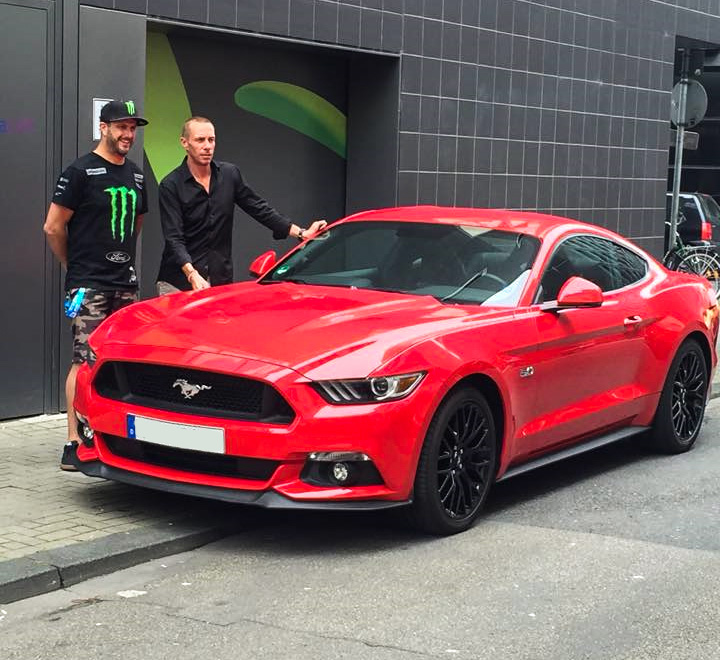 
Warning: Parameter 1 to W3_Plugin_TotalCache::ob_callback() expected to be a reference, value given in /www/htdocs/w012d79a/dus-limousinenservice.de/wp-includes/functions.php on line 3421